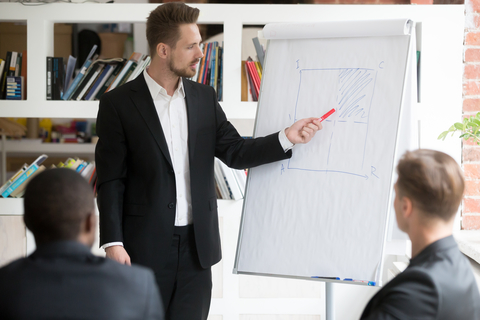 Can wearing a suit help your mental performance?

This is the final entry in a three-part series about the clothing and well-being. You can catch up on the first two posts here and here. (Researchers have established the critical speed of first impressions and found that wearing a suit makes us feel more confident and powerful in negotiations.)

Our final peek into research on dressing well comes from a 2015 study on suits and higher-level thinking. The creators of this study conducted a series of experiments. In one scenario, college students rated the formality of their clothing, then took an internet survey. In another part, students were asked to bring two sets of clothing so that they could both “dress up” and “dress down” before answering several questions. The researchers wanted to measure higher-level (or abstract) compared to lower-level (or concrete) ways of thinking. For example, a student might describe locking a door as either “securing a house” or “turning a key.” Another aspect of the study tested students’ ability to categorize well, another measure of mental performance.

Consistently, the students displayed higher-level abstract thinking when dressed more formally. They focused more on long-term priorities than short-term fixes, and they were better at categorizing ideas and objects. This establishes a connection between outward appearance and mental performance.

What does this mean for everyday life? I can think of several applications for this knowledge. If you want to think critically in order to make a good long-term decision, it would be helpful to dress up rather than look sloppy. If you need an edge in solving a problem, dress intentionally.

Another thing: have you ever dressed up to go somewhere, only to have somebody ask, “Who are you trying to impress?” Based on this research, you can truly say you want to look good for your own benefit. It will improve your mental performance for that occasion.

Clothing may be symbolic, but it does make sense that we are wired from early on to internalize these symbols. Putting on a t-shirt and jeans prepares us for an average day, while wearing a suit prepares us for something more meaningful and significant. According to this research, our brains respond with a higher level of processing. Who knows? Maybe as our culture grows more casual by the decade, choosing your clothes wisely will be your secret ingredient for success.